Topic Modeling of Latin Text was my senior capstone project for the computer science major. I completed the project with a group of 5 other people from Fall 2017-Winter 2018. The project consists of two parts: an algorithm and an application. Although the focus throughout was on computer science, this was, at its heart, a digital humanities … END_OF_DOCUMENT_TOKEN_TO_BE_REPLACED 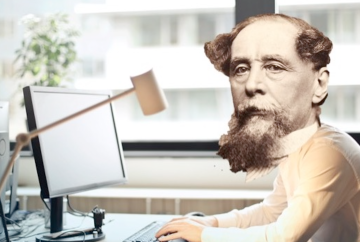 What the Dickens?! was my independent senior capstone project for the English major that I completed during Winter 2018. This was a digital humanities project; I used the many words present in all of Dickens’ novels as data so that I could identify patterns throughout his texts. For a comprehensive look at this project and my general … END_OF_DOCUMENT_TOKEN_TO_BE_REPLACED

This was a project I completed for a 3D Design class on the abroad program I participated in in Budapest, Hungary. The program was AIT, or the Aquincum Institute of Technology, and the 3D Design class was created by Ernő Rubik, creator of the Rubik’s cube. I began this project by creating a 3D model … END_OF_DOCUMENT_TOKEN_TO_BE_REPLACED

The Agatha Christie Formula was a project I completed for a class during Spring 2017. Agatha Christie is an infamous 20th century author of dozens of murder mysteries, and one of the best-selling authors of all time. Because she wrote all of her novels within the constraint of the murder mystery sub-genre, her novels are … END_OF_DOCUMENT_TOKEN_TO_BE_REPLACED